If we go back to the very first moment when the initial idea of a drone came to life, we would be talking about the inventor brothers Jacques and Louis Breguet. They invented the first quad copter back in 1907, which later became the inspiration behind the drones we see today.

Fast forward to the 1960s; there was a breakthrough in technology, which led to the first RC planes being available for people in the United States. There were models for indoor flying as well as larger ones for outdoor flying.

Moving on to 2010, the French company Parrot introduced the Parrot AR Drone, which was the first-ever smartphone-enabled drone. This was an immediate commercial success, and AR Drone 2.0, which was a better version of the previous one, made it much easier for all the newbies to buy and play around with.

Time and technology both progressed hand in hand, and better versions of drones keep coming up, which offered more compact sizes and better quality, including features like cameras and video recording with proper remote controls. Let’s have a look at some of the most important features of a drone.

Check out the most advanced Drone Collections.

Longer flight time means two things, better photos or videos and more time to have fun flying the drone around. For all your perfect shots and angles, you need a drone with a battery good enough to last you at least 15 to 20 minutes of air time. Yes, you can carry an extra pair of batteries, but charging and replacing them is still a hassle. 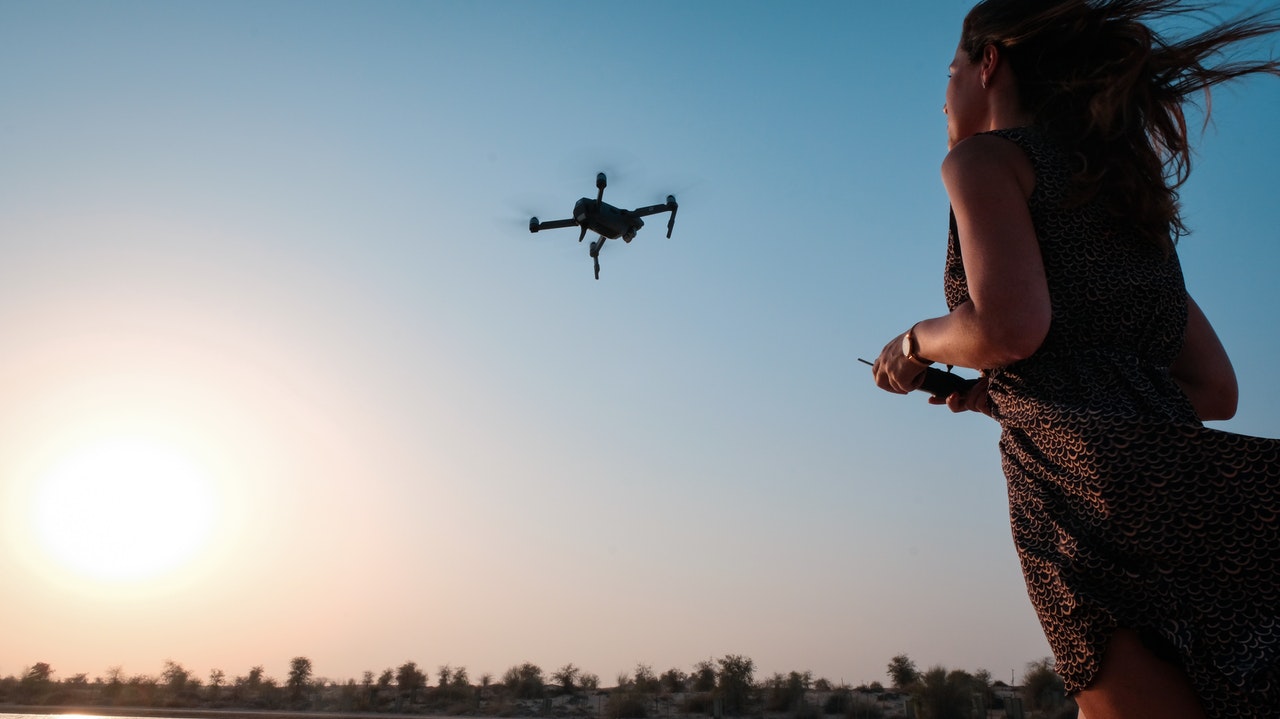 The longest flight time by far in drones is around 25 to 30 minutes, so anything near that is impressive. There are several drones, the cheaper ones that offer shorter flight times, like 10 minutes or 15 minutes. But the high-end professional ones are efficient enough to give you a great flight time of 25 to 30 minutes.

Drone that has a very good flight time.

The range is the distance your drone can travel from the point where you’re controlling it. There are quite a few factors that may or may not affect the range of your drone. First and foremost, if you have a larger drone, it will drain the battery faster. The problem with the battery is that you need to consider the time to fly your drone back as well before the battery runs out.

Low quality or toy drones might have a range of 20 meters or maybe a little more. But the larger, more professional ones can even fly off for miles. Range and the price tag sort of go hand in hand when it comes to drones.

Taking an example, the Holy Stone HS300 has a range of approximately 150 meters. Compare that to a better version, and the DJI Spark has a range of roughly 1.24 miles. Whereas, the top-notch Autel EVO has an astounding range of 4.3 miles.

Drones that give you maximum range. 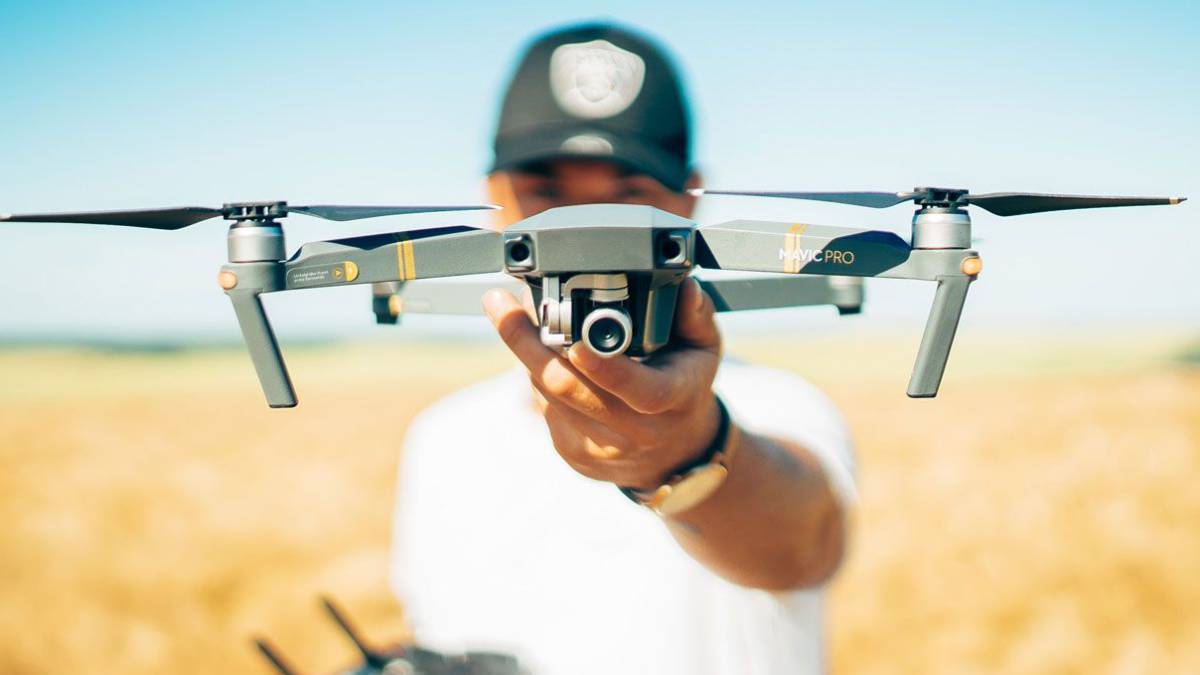 Drone cameras are probably one of the most, if not the most important feature required for photography. Drone cameras have evolved drastically. Ranging from 10 megapixels to 15 megapixels, we now have drone cameras ranging up to 20 megapixels.

These high-end cameras can record 4K videos at different fps levels, giving you the freedom to shoot crystal clear pictures and videos.

Drone that shoot in upto 4k

The headless mode is a relatively new feature in the drones. Initially, it was confined to the high end professional drones, but with time, it is now being featured in the toy drones for kids.

The headless mode allows you to control the direction of your drone through your controller regardless of the course the drone’s head is facing.

This means that pushing forward will push the drone ahead, pushing right will push it towards the right and so on. This feature has made drone flying much more straightforward as users now don’t have to worry about looking up and controlling the drone, in accordance with its head’s direction.

Drone with the best Headless Mode. The return to home feature is a feature that lets your drone fly back by itself, to the point where it took off from. There are two main types of RTH feature. For the cheap simpler ones, the RTH feature is given in the form of One Key Return. In this option, the drone moves backward in the direction that it came from, relying entirely on its luck. It’s almost the same as you manually pulling it back using the back button.

The GPS return to home type is truly technological and makes use of a GPS satellite system, and flies back in a straight line back to the point where it got in the air from. The GPS RTH technology, however, is only confined to the expensive, professional models.

There are four main categories or classifications for drones.

Drones And Their Importance 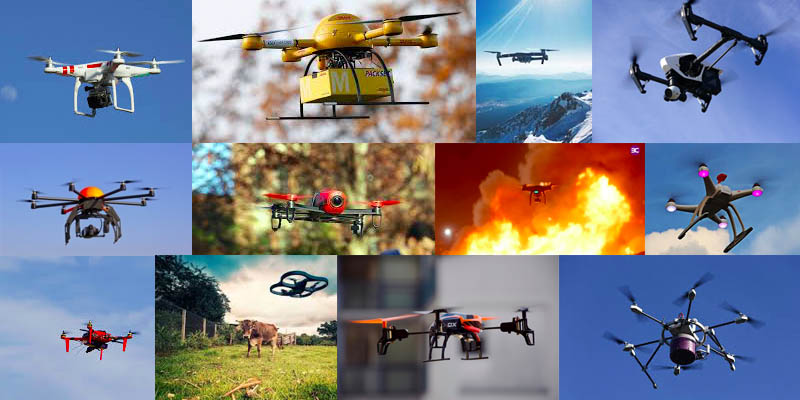 There’s no doubt in the fact that drones are one of the most significant technological inventions of all time. People in the past could’ve never even imagined small quad copters, flying around, being controlled by remotes, taking pictures and recording videos.

This invention has proved to be so crucial because it lets you capture the world from so many different angles, that an average person can never look from, and we think that that’s the most astonishing beauty about the creation of drones.

﻿Check out the most advanced and best Drone Collections